A customer contawced me recently with a tale of woe. His 280S trans had failed completely so he bought a 1969 280SE,unfortunately it was built before the 5th month 1969 and has the DB automatic instead of the later 722 trans.b So… the blue car was found in a Wrecking yard and purchased as a parts… and as is usual with these things it had a lot more good points (apart from a lot of rust ) than bad points so the descision has been made to fix the blue car with parts from the grey/silver car . The latter will be broken for parts and it has a good 250S engine with a SL cam,giving it a lot more useful horsepower over stock. 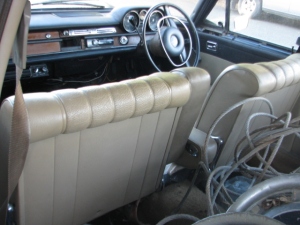 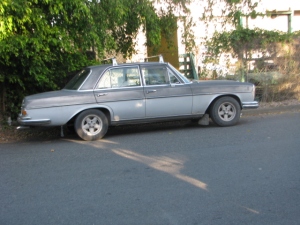 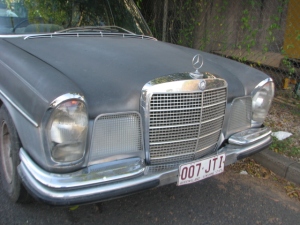