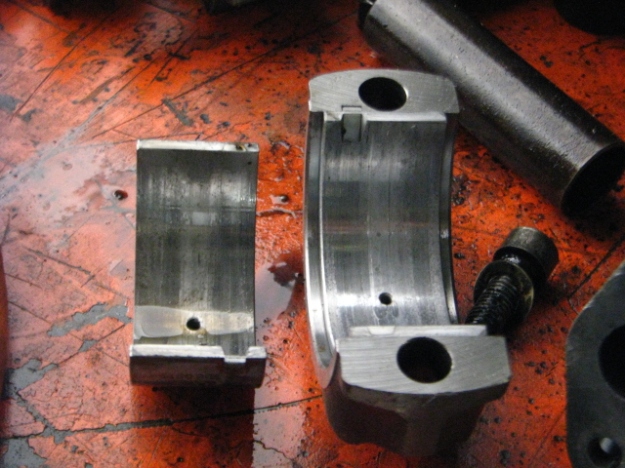 Some time ago I rebuilt this engine but during the running in process it had a rattle, which would only come at a particular rev range ,but was otherwise smooth. Once the sump was off ,the bottom of the oil pan was inspected and odd tiny peices of metal which looked like bearing metal . The rod caps were removed and the bearing,although not completely destroyed are scuffed really badly.  Why? 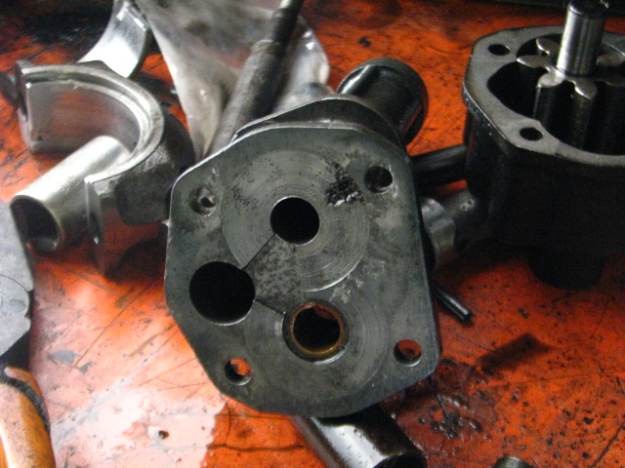 My initial thoughts were to pull the oil pump off as this is an obvious oil supply problem .Although the pump was inspected atc when the engine was rebuilt I decided to strip it right down and two things popped right out . First, the round wear mark in the pump shaft housing . and that square hole . It’s actually a fault in the pump housing as far as i can figure .It would appear that this hole has allowed the oil ,once hot to lose a fair amount of the pump vacuum as it sucks the oil up from the sump . So,once the car got up to temperature and at highway speeds the oil volume would fall away although the gauge would still be indicating full pressure at engine speeds above idle speed.

Next step will be to replace the oil pump and bearings and inspect the oil pressure relief valve ,then reassemble the engine and install it back into the car.