To fit the coupe shell on the W126 floor pan. I had to gauge how much room was available to drop the body down and how much was still to be removed.

I had a piece of water damaged MDF board which I placed up against the coupe’s cowl. Using a sharpie marker I traced the shape of the inside .That will fit against the W126 cowl .

The peice i cut out of the middle fits perfectly in the hole.  So…i got that bit right… 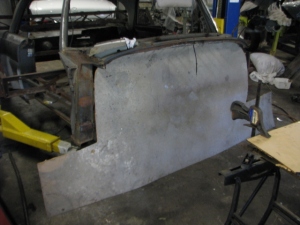 I glued and screwed a piece of 1×2 pine batten on  the back of the template .I can now lift it up against the W126 firewall as I chop each piece off. initially i though ui would weld the W111 A pillar to the cut down W126 A pillar . In the end to fit the template I removed the entire A pillar. 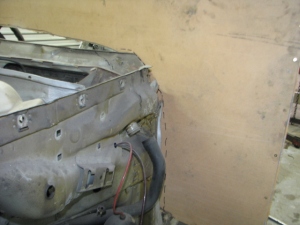 At the start of this process, I put the template against the A pillar .

Now, there are two dimensions to this,the left to right profile and the Fore and aft Profile . 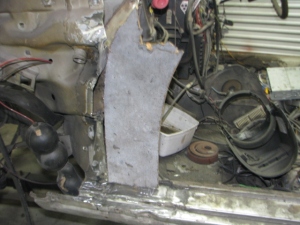 I took a profile off the W111 A pillar .As seen on the left,after the surgical removal of the W126 A pillar 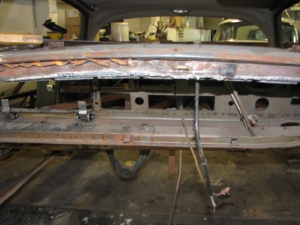 This is  the coupes cowl after I plasma cut the remnants of the heater box out . That’s the rear of dash,which will need to be removed anyway because it’s on the wrong side .

Next Job…cut the W126 rear wheel houses to fit into the coupe shell.