I needed a very heavy duty engine stand to support the Engine from the 6.3 project.

I had a heavy engine stand but it wouldn’t hold an M100 Engine ,so the plan was to use the end of a W112 rear axle with it’s heavy bearing and flange . 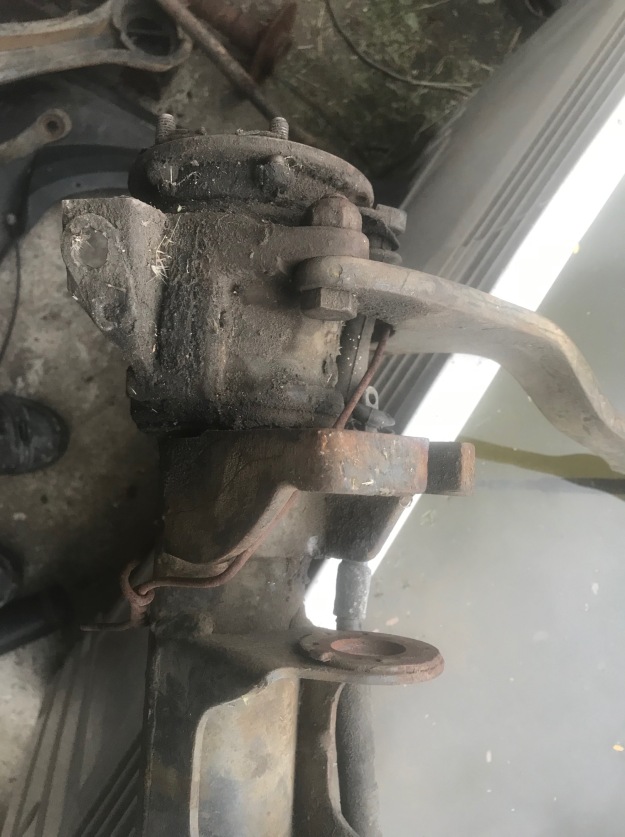 A length of the axle housing was cut off in the lathe. 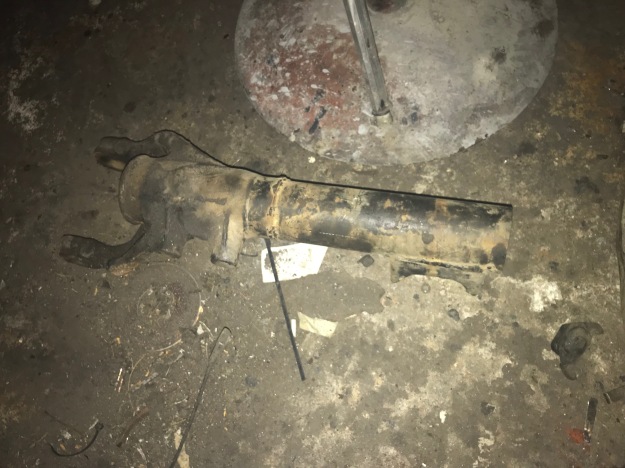 The actual axle shaft was then measured to length (250mm) a section of the axle taper was machined flat,so the shaft was parrallel ,then parted off in the lathe. 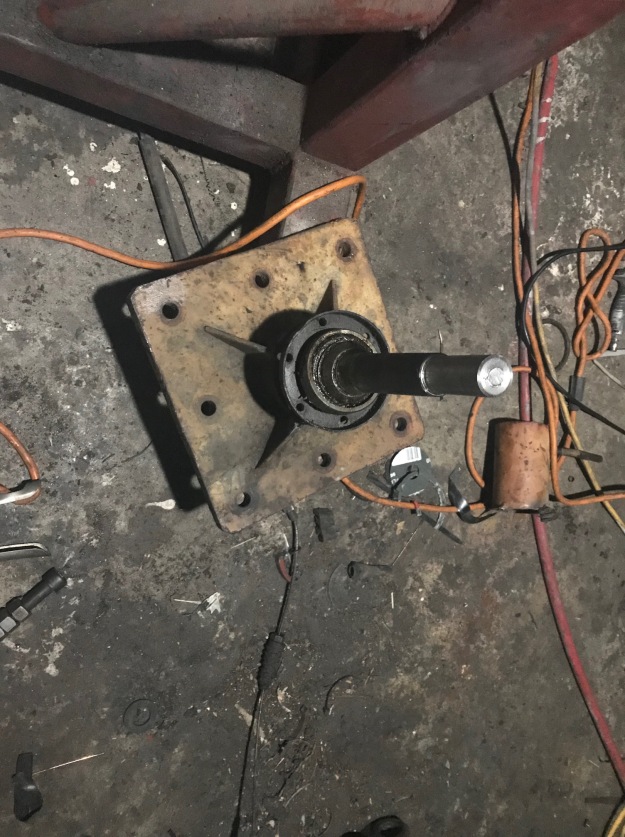 parted off axle stub Seen here sitting on a base originally from a ute crane (crane on the back of a pickup truck ) These were welded together so I have a face plate to mount the engine. 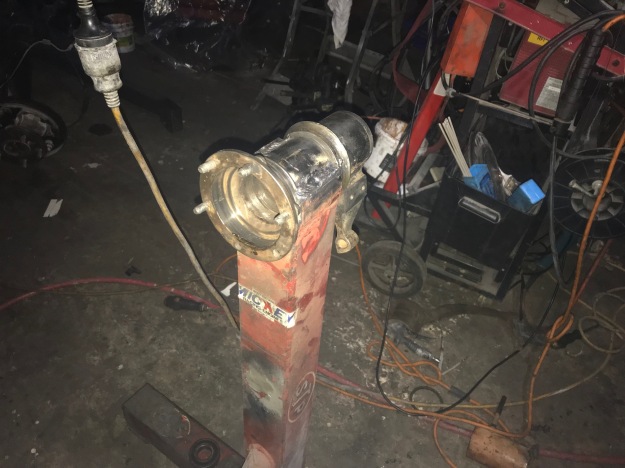 The axle housing stub was then welded to the engine stand to provide a rotating point. 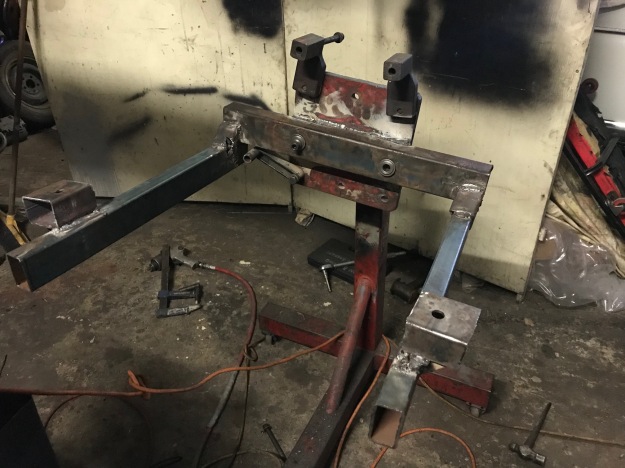 I then made a Fork,which supports the weight of the engine at the mount arms ,the bell housing end bolts to the two brackets to support the rear of the engine. 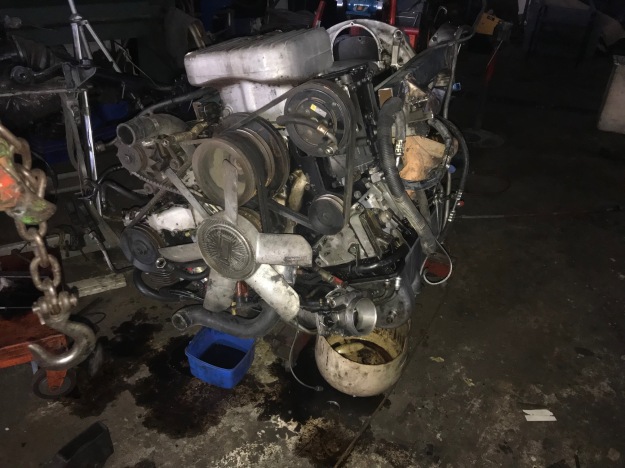 Here is the engine ,upside down ,in preparation to repair the cracked sump and leaking rear main seal. 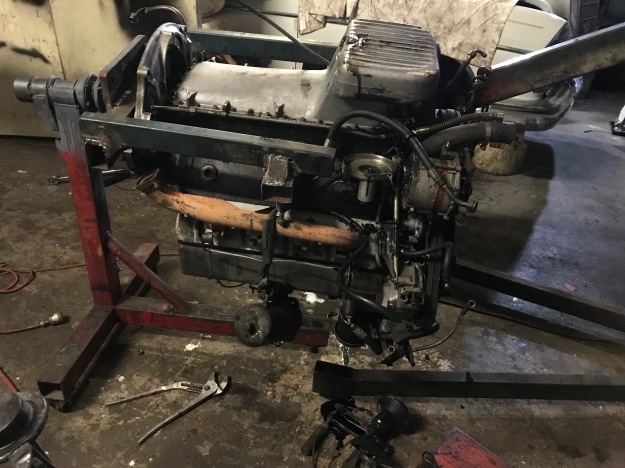 Eventualy i will add a reduction gear to the shaft at the rear so the engines can be rotated. They roll easily enough on the stand but there is nowhere to lock it in place yet.